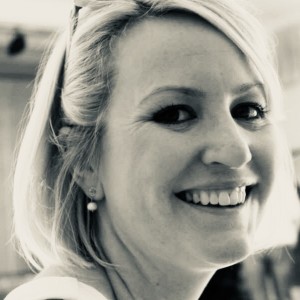 Caro Townsend is a writer, survivor and advocate of all things infertility. After discovering medical science was required to have a family, Caro became fully ensconced in the world of fertility treatments. Multiple IVF cycles, a miscarriage and an ectopic pregnancy later, she finally became a parent, thanks to a successful frozen embryo transfer. Caro is the creator of one of 2018 and 2019’s top ten UK fertility blogs and her award nominated, The Cuckoo Mama, is an honest, open and compassionate account of her journey to parenthood and beyond. In between freelancing and blogging, she spends her time walking the dog, winging motherhood and working to break the silence which surrounds infertility and miscarriage. You can contact Caro here.

Caro is a promoted contributor for the Huff Post UK and has also had the privilege of blogging for online parenting magazine; The Baby Spot. In a bid to increase her knowledge around all areas of infertility, Caro has recently been working with Egg Donation Friends, summarising medical webinars and learning about the legalities of egg donation IVF in the UK and overseas. Her work has been featured on Australia’s 9Honey Mums and she regularly collaborates with others, in the form of guest posts, interviews and q&a features. Caro works as a freelance fertility writer, penning articles for various online magazines, websites and supporting Fertility Network UK in raising awareness.

The Cuckoo Mama was a shortlisted finalist in the 2018 UK Blog Awards and has been recognised as one of FeedSpot’s Top Ten UK Fertility Blogs in both 2018 and 2019. Caro was recently honoured to be selected as Fertility Blogger of the month for Fertility Smarts, and have the opportunity to write for them too.