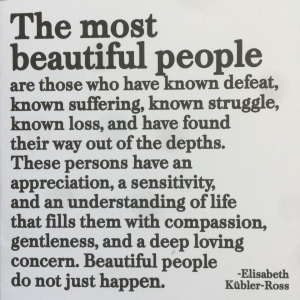 No one ever wants to fail and, when we inevitably do, it’s not something we enjoy. But why would we? Failure is distressing. It batters our self esteem and leaves us doubting our own worth. And it niggles; what if? what could? what now? It preys on our minds, constantly, ravaging our mental health and violating the very core of our essence. No one sets out in their life, or their endeavours, or their everyday occurrences, to simply fail.

Failure, in our society, is so often associated with shame. And not just the embarrassment of having experienced what it is to fail, but the humiliation that we might actually be the failure; us, rather than the act.

The definition of failure is to lack success; to be without, and that’s what infertility brings. The lack of a full womb, a child and the joy which so many of those surrounding us get the chance to experience, sometimes once, twice or threefold.

And so we go without, we fail, and with each passing day, and month, then year; we lack.

The world celebrates mothers, gifts are given, attention bestowed and they matter. Whilst it’s right to bequeath these honours, I do question where it leaves the childless not by choice. Those who don’t get to be distinguished, in that way, those who won’t be blessed and entrusted with such a gift desired.

There’s a hidden joy in deciding to start a family, a secret between two lovers, a fusion of souls to create the miracle which is life. A pregnant pause filled with hope, opportunity and the fulfilment of dreams. It starts out as magical. Beautifully clandestine. An enchanting journey like no other. If only those virtues remained.

In the midst of our suffering I wished we hadn’t wanted a family. That we’d never even started to try. That way we’d have been spared the grief and despair, the struggles and sorrow. That way, we’d never have been able to lose, so acutely, what we’d never had. Because that’s what infertility is; the losing of something so profoundly wonderful, before we’ve even been given the chance. And that’s why we need to grieve.

Infertility is, wrongly, so intrinsically linked to self-worth. I constantly felt I was failing everyone around me, that I hadn’t lived up to society’s, our family’s, or even our own expectations. I deemed myself unsatisfactory. Un-celebrated. Incomplete.

I came to learn that is absolutely untrue.

In infertility there is no failure. Whilst it might be called a failed cycle, whilst we may, technically, have failed to conceive, we are not failure itself. Whether multiple rounds are undertaken, a few, or just one. None of us are failures. Whether couples initially decide that assisted reproduction just isn’t the route for them. That’s not failure. If infertility is male related, or female factor, or both, or unexplained; we are not the failure.

For, somehow amidst the desolation, we continue to get up in the morning, we face the world and carry on through the days. We put one foot in front of the other, courageously walking through life whilst harbouring an inexhaustible pain, and living a reality which is so different to the one we dared to dream for ourselves.

We try to show strength, because we have to. We attempt to walk with courage, because we have no choice and, whilst we may never be able to accept the complete sadness of infertility, we dare to venture into an uncertain future, with no guarantees. It’s not an easy way of life, but it’s ours.

Infertility takes humility, it takes endurance and a determination like no other to return from. Even when the days are bleak, bitter and heart-breaking, we survive and nurture a spark of true bravery, which refuses to be quashed. At times it’s the most miniscule of flickers, but it’s one we won’t ever fully extinguish, because we are tenacious, we are strong and we are, daily, victorious in our own unique ways of coexisting with this shared enemy.

If I could go back in time, I would tell myself: You matter. You are fearless beyond belief, and you are not a failure. In truth, we are the opposite.

We have known defeat. We have suffered and yet we refuse to be crushed. We may have no choice, but we unceasingly manage to find our way out of the depths.

So we are not failure. And neither are we infertility: We are beautiful people.

“The most beautiful people are those who have known defeat, known suffering, known struggle, known loss, and have found their way out of the depths. These persons have an appreciation, a sensitivity, and an understanding of life that fills them with compassion, gentleness, and a deep loving concern. Beautiful people do not just happen.”
– Elisabeth Kubler-Ross

Infertility: The BFP after IVF

5 thoughts on “Beautiful people do not just happen”